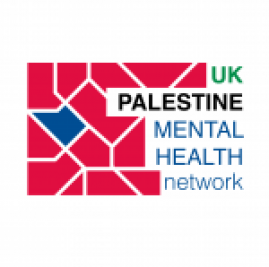 The destructive impact of the West’s commitment to Israel and to political Zionism on our own political culture is being revealed as never before. The intensification of attempts to re-define the struggle against racism in Palestine as anti-Semitism is to be deplored and resisted. The Steering Group of the UK-Palestine Mental Health Network responds to this situation in the following Statement:

The UKPMHN and the ‘new Anti-Semitism’

We are confirmed in our determined opposition to racism in all its forms. We see racism as a psycho-social pathology, responsible for immense suffering to all touched by it. To tolerate ideas or behaviours that discriminate on the grounds of ‘race’ or ethnicity is to abandon the universalism which resides in the conviction that we belong to a single human family. This universalism informs our professional ethics, anti-racist practice, and our hopes for a more civilised future not least in Israel/Palestine itself.

We hold that any political ideology, institution, law or policy that works to block the peoples of Israel/Palestine from enjoying equally their basic rights and protections must be open to public critique.

Conscience enhances our capacity for right action, but unprocessed guilt and shame cloud our judgement. The legacy of anti-Semitism, so terribly and recently expressed in the horrors of the Nazi genocide, contributed both to a strengthened commitment to universalism, and to a moral confusion in regard to Zionism. By ‘Zionism’ we refer specifically to the ideology of a political movement aiming at the creation of a Jewish State in Palestine, an objective that depends upon the dispossession and dispersion of an indigenous people. Western guilt over its anti-Semitic history has long been exploited to divert attention from Israel’s human rights violations, but we are now facing an intensified effort to equate resistance to Zionism with Judeophobia.

This so-called ‘new anti-Semitism’ is said to be properly described in a document called the ‘Working Definition of anti-Semitism’ produced, but never adopted, by the EU Commission on Racism and Xenophobia in 2005. The Campaign Against Anti-Semitism is now proclaiming this long-discredited paper as the foundation for its activities (1). It takes the simplistic view that people with conscious or unconscious hatred towards Jews as Jews will express this as hostility to Israel, and that therefore hostility to Israel can be reasonably interpreted as an expression of anti-Semitism. It seeks to tarnish a solidarity movement based on universalist principles with the stain of racism.

We deplore any conflation of the distinct concepts Zionism, Israel, Judaism, the Jewish Israeli community and Jewish people in general. We believe that the deliberate confusion of these terms is intended to:

We fear that, by insinuating that all Jewish people support the Israeli State, this strategy will in fact encourage anti-Semitism.

We are confident, however, that those behind this strategy of obfuscation have over-reached themselves. If this results in a serious debate about Zionism and its relationship to Jewish identity, it will be of benefit to all in the long run. It is an important moment for people of conscience to unite to protect their own rights, to thwart the witch hunts and other diversions from the struggle for justice, equality before the law and human rights in Israel/Palestine.